In the valley of shifting sand dunes
I search.
Lost, I stare around me.
Disabled, terrified to move
Should I turn? And if so
This way or that?
Look up or down?
Fearful, confused
My whole self is lost
My soul is sinking fast
My life is already half buried.
The sand shifts under me
Forwards or backwards?
I cannot decide.
The sun blazes and my tears
Scald themselves dry;
My thoughts tumble
and spin in tumult.
What can I do?
What will become of me?
I am lost.
Someone please
Someone tell me
Where did I drop my phone?

Check out other people’s entries in the Thin Spiral Notebook

And man said let me create

And sometimes others will laugh or scoff
And sometimes the creators will be reviled
But if their work is true, then one day
It will outshine the doubters.

But beware when dreamers are imprisoned.
Where minds are closed,
Dreamers will be silenced,
Music will cease,
Dance will be called sin,
Stories will be labelled lies,
Craft will be called frivolous,
Invention and Inquiry will be halted.
Beware when people say
They speak for God,
Yet their words destroy,
Their words create fear of creativity.

Beware when the music is stopped.
Because that is the work of the evil one
And the earth will bleed
And the heavens will weep.

Beware when dreamers are silenced,
Because without them
Who will look for gold inside the clay,
Common ground inside difference,
Love inside fear,
The friend inside the stranger?

Here is the pale shady tree
and here is Summer returned:
silken breath of sweet smooth heat
under the rippling boughs
and the trickling leaves…
But where are we?

The sky is just the same blue.
The sun, as hot, still stares,
cold into this pool-like world.
The grasses heave and sigh
with flowers floating
but you and I…

Promises have fled like months;
burnt in pyres of Autumn leaves –
the ashes tumbling in floods
or scattered, for the world
to mock, by the winds…
Ripped up like us.

I have walked this far and stop
to stand and gaze where once before
I never gazed. And where the haze
reflects abundant gifts –
the breeze dissolves pain
into new peace.

Here is the pale shady tree
and here is Summer returned:
silken breath of sweet smooth heat
under the rippling boughs
and the trickling leaves…
Let me pause here. 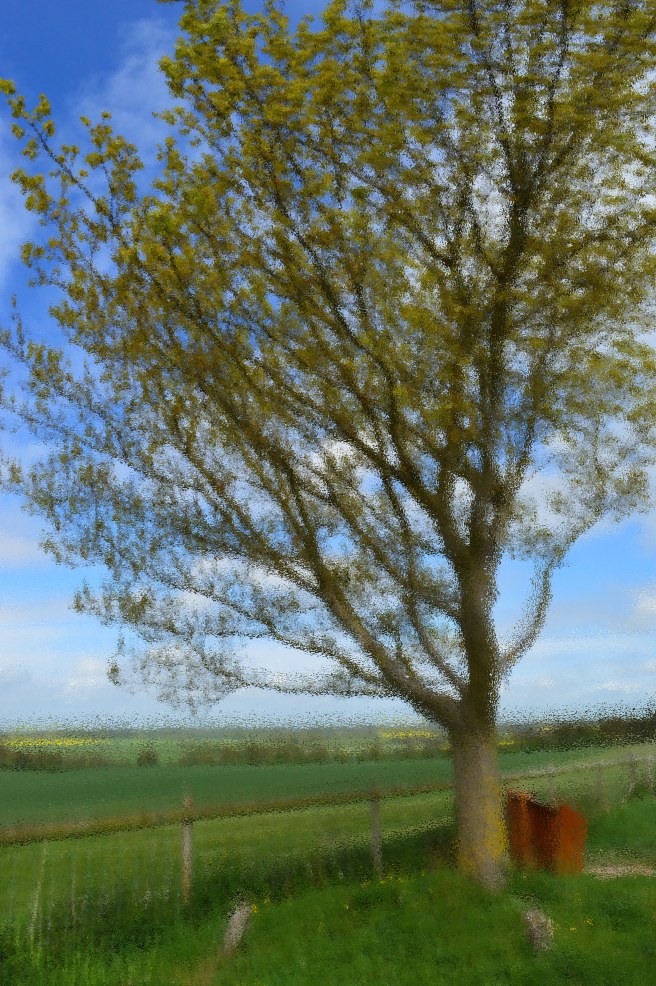 He noticed the shape of her head first. Age doesn’t change everything. She sat across the aisle next to the window, intently writing on a laptop. It reminded him of her pounding away at a portable typewriter, cursing as her thoughts ran faster than her fingers. Otherwise she was even thinner and maturity meant that the thinness made her gaunt. She must colour her hair now – pretty sure it hadn’t been red back then. He wondered if she remembered him, ever realised how she’d nearly destroyed him, ever regretted her decision to leave. She seemed to once, but his pride, and the dull recognition that she had been right, got in the way. Had it been her heart which broke then? It would give him no satisfaction if it had. Married late they said. Never wanted children which had been part of the problem all those years ago. Chief Exec of something he’d heard. Surprised she wasn’t in first class, but then everyone was cutting back on expenses these days. If she hadn’t grown out of those same immovable opinions, hysterical outbursts, she’d be a terrible person to work for. Her face looked more ready to laugh, so perhaps she had. She was looking up now to see if the tea trolley was coming. Should he say something? His phone vibrated and he looked down.

She gave up looking for the tea trolley and scanned the carriage. Could it be? He was older, lined, his hair quite grey and very thin on top. She remembered his grandfather looking like that. That worried expression seemed to have relaxed. Or maybe she had been the one that caused it in the first place. He was still so good looking, if plumper, more comfortable. Married with a horde of children she’d heard. They must be nearly grown up, around university age. She wondered if he’d ever really forgiven her. When she’d tried to make amends, he’d rejected her. Was that because he knew she’d been right or just stubbornness? All those tears. All that waiting and wondering if she’d made a mistake. He wouldn’t recognise her now would he? Middle aged and grey. She hoped he wouldn’t. It would be nice to think his mental image of her was young and rosy but then it would be nice if he realised she was kinder, that she was sorry for breaking his heart. She dropped her eyes to her laptop again.

What would be the point? He thought. I’m happy, some doors are best left shut.

What would be the point? She thought. I’m happy, some boxes best left unopened.

He got off at the next station and inadvertently they caught each other’s eyes. They did that slightly apologetic half smile that British people do. It said “just in case I knew you, I wish you well.”

And the door stayed shut and the box stayed closed, and the lives that had almost paused, decoupled, started up and moved on in the right directions.